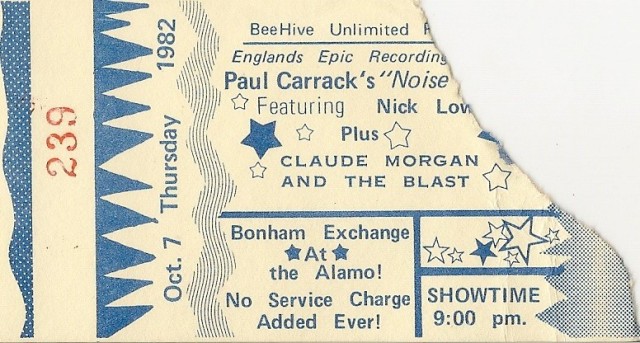 Nick Lowe’s tenure with Rockpile must have found him comfortable sharing the spotlight with a musical mate like Dave Edmunds. For when that band’s members went their separate ways in 1981, Lowe’s next band featured another singing partner with a pop music legacy.

In 1982, Lowe teamed up with keyboardist Paul Carrack in a new ensemble they called Noise to Go. (They first called themselves “Nick Lowe & His Chaps” and were later rechristened “The Cowboy Outfit.”) Much like Lowe and Edmunds took turns putting their names in front of Rockpile, he and Carrack took to doing the same when promoting their separate solo works.

Both men started out in the British pub rock scene: Lowe with Brinsley Schwarz and Carrack with Ace who scored a hit stateside in 1975 with “How Long.” While Lowe achieved fame as a producer and solo artist, the versatile Carrack did a short stint with Roxy Music, and was most recently a member of Squeeze. With that band, he again hit the US charts singing the Difford and Tilbrook penned “Tempted,” and became a familiar MTV face in the process. 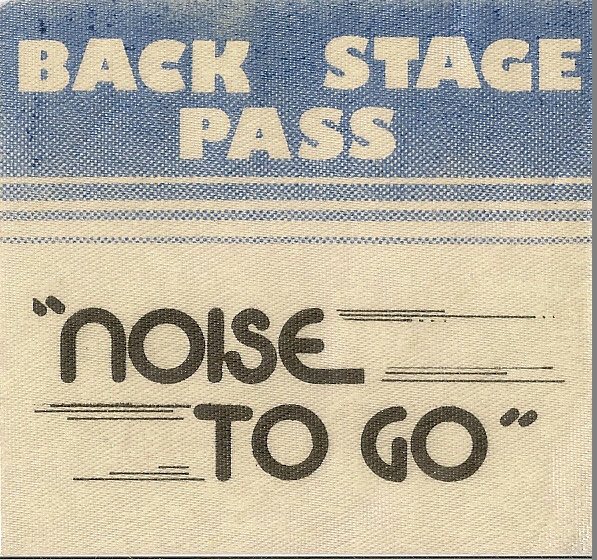 The other Noise to Go members were some familiar faces: Martin Belmont (pub-rockers Ducks Deluxe and Graham Parker’s Rumour) on guitar, Bobby Irwin (The Sinceros) on drums, and for a stretch, James Eller on bass. (Nick later took over these duties after Eller’s departure.)

In early 1982, Noise to Go first worked together on Lowe’s Nick the Knife record. Later that year, they
followed with Carrack’s Suburban Voodoo. That record gave him another US hit and more MTV face
time with the Motown-ish “I Need You.” In 1983, the band would also play on the Nick Lowe-produced
side of John Hiatt’s Riding with the King record. Hiatt also joined Noise to Go as a third featured vocalist on some European shows that year. While Carrack later turned to other musicians, Lowe continued using this band on his solo records throughout most of the 80s.

San Antonio may have seemed like an odd city for these guys to play. Unless of course you were aware of the fact that they all loved nearby Austin, and that Irwin had recently married a girl from the Alamo City. The venue was also a peculiar choice in that the historic Bonham Exchange building was now a gay bar that was just starting to host live concerts. Nonetheless, this was a great evening with Nick and Paul alternating their great pop songs with a focus on the new Carrack record.

Fast-forwarding to today, it’s great that some 30 years on, both Nick and Paul are still out there recording and performing. Irwin still works as Nick’s drummer as well as plays with Van Morrison. Belmont has also recently performed with a reunited Ducks Deluxe.

While everyone discounts the possibility of a Rockpile reunion, why not one of Noise to Go instead?