Sometimes you are exposed to a new band that you expect to like based on what you have heard about them in the press or through friends. However, it often happens that after listening to their record and/or seeing them live, they just don’t meet your expectations.

Acoustic-folk duo, The Milk Carton Kids created a local buzz when they played a song during last year’s Americana Music Awards show at the Ryman. Seeing the video, I was quite impressed at the beautiful vocalizing from these two young gentlemen. They also looked cool and hip in their sharp-looking dark suits. I jumped on buying a ticket to their Belcourt show which I was certain would now quickly sell-out after this performance aired. 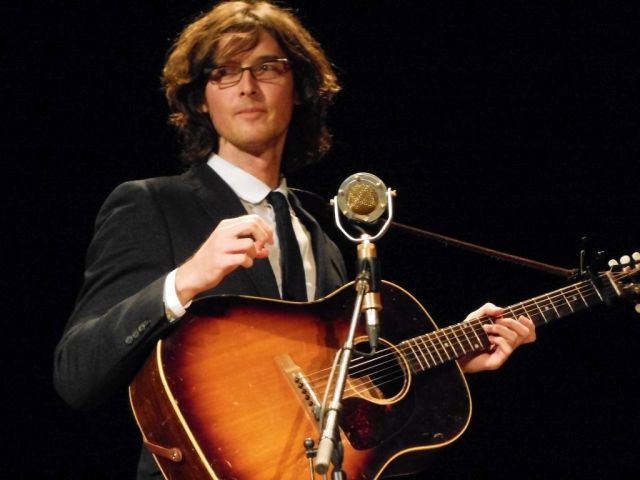 My follow-up exposure to their record was less thrilling. Their sound was pretty, but there was nothing to keep my mind from wandering while I listened. Despite the comparisons being made to that other famous male folk duo, I heard no potential classics like “The Boxer” or “Sounds of Silence” on this record. I found their mysterious and oblique lyrics dull and uninteresting. It made me wonder how they could make their show entertaining from this pale music.

Well, after one song their plan was obvious. It was almost as it they knew how bland their songs were. Their maneuver was to provide incessant comedic banter between each and every song. People, let me tell you that this got old fast. Their attempts at self-defacing humor reminded me of an uncomfortable conversation during a bad date. Believe it or not, I actually couldn’t wait for them to get back to the music.

The music was played well and sounded just like the record. But liking some more meat and substance to my music, I listened to Bookends in the car on my drive home.

On a footnote, I will continue with my lament about there being so few concerts these days at The Belcourt Theatre—one of the best venues Music City has to offer. Though a recent inquiry I was told that there has been no change in their programming philosophy, just a lack of interest by artists and promoters. I strongly encourage both to get their “acts” together and book this wonderful room.