The unusual artist billing for this show refers to the frequent musical pairing of two singer-songwriters: rootsy American, Grant Lee Phillips, and eccentric Brit, Robyn Hitchcock. With both now using Music City as a part-time hub around touring, some scattered appearances around town together led the two to make this formal scheduled appearance. The Basement’s intimacy and respectful audience of fifty fans made for the perfect room for something this special.

There were no advance ticket sales, and it was a meager $10 at the door. The set started just after 8 p.m. with Phillips taking the stage by himself. His selection of his songs included a few new ones that he has obviously written here. The small but attentive crowd included Hitchcock who sat at a front table off to the side. Phillips music was totally unfamiliar to me, and I found his genre to be quite reminiscent to that of Patterson Hood of Drive-By Truckers— a lyrically dark, intense narrative style.

Hitchcock came on-stage mid-way through the set and went through a handful of his songs mostly with Phillips at his side on guitar. He started with a song of Phillips that he said would be on his next record. I must admit that it took me years to finally better understand Hitchcock and his quirky sense of humor. He has a lot to say between songs and mostly does so in a surreal, science-fiction like stream of consciousness. Interspersed within his comments are many references to other bands and artists as Hitchcock seems to be a serious student of rock music history.

Phillips and Hitchcock together are no Simon & Garfunkel. In fact, their voices don’t blend together at all. The fun in their combination comes from the lively, anything goes attitude they bring with them to the stage. Witness the selection of eclectic covers that I am told make up their regular joint repertoire. 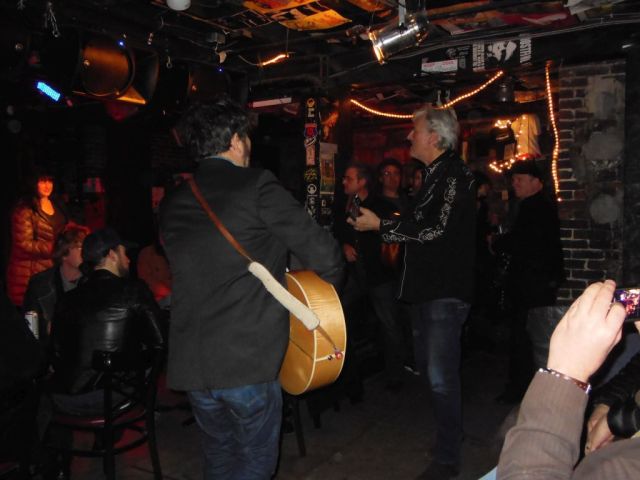 The set was somewhat short (just under two hours) with Hitchcock alluding to a need to head over to join for another gig at the 5 Spot in East Nashville. The applause managed to get one encore number from the duo which was perhaps the highlight of the evening, a beautiful reading of The Velvet Underground’s “Candy Says.” They even sang the number off-stage strolling though the middle of the seated audience.

Music City continues to attract respected artists to take residency here, and Robyn Hitchcock is a most welcome addition. Although he said that touring will keep him away until later in the year, I look forward to seeing more casual appearances like this from him in the future.