Having recently seen Los Lobos at the Franklin Theatre, I was ready to pass on this show featuring three Latin artists whose common bond is that they are each more popular with non-Hispanic audiences. But, after experiencing Alejandro Escovedo’s live set earlier this year in New York City, I made a promise to never again miss one of his shows. He and his Sensitive Boys didn’t let me down with their potent and powerful 35-minute opening set at the War Memorial. My mistake, however, was opting out of his longer afternoon set at Grimeys which he later proclaimed to be his best Nashville show ever. 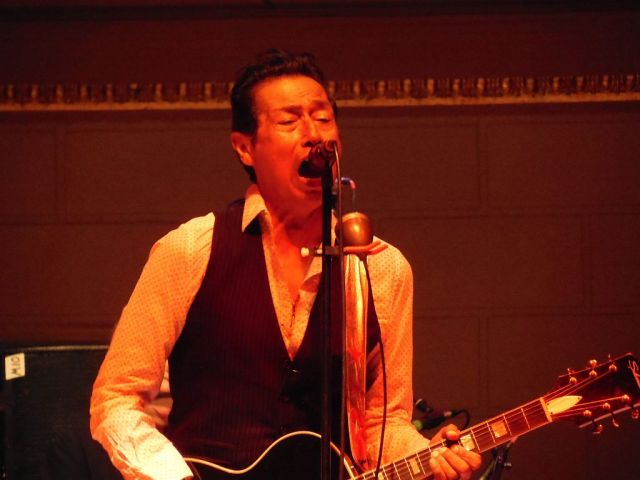 Package tours like this one often produce interesting collaborations. Tonight saw just that with Los Lobos’ David Hidalgo joining Escovedo to trade guitar licks for a blistering rendition of Neil Young’s “Like a Hurricane” to close the show’s first set. Escovedo had previously turned it up for an all too brief five-song set of poetic rockers from his extensive solo catalog. He opened up with the playful “Castanets,” a song he refused to play during the George W. Bush years in protest after hearing the fellow Texan had the song on his iPod. 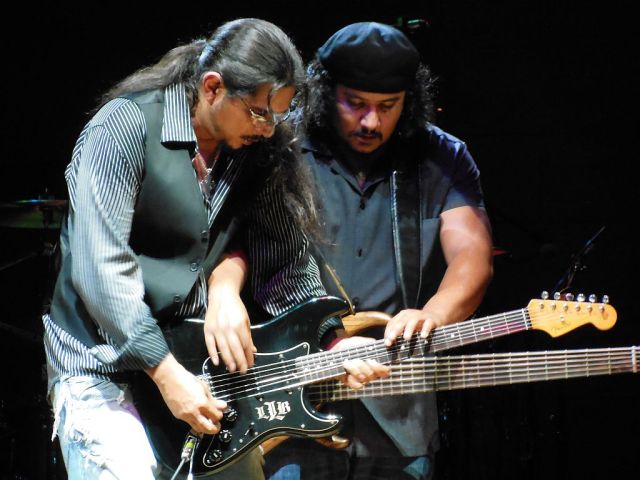 The filling for this evening’s musical sandwich were the three Garza brothers from Texas known as Los Lonely Boys. This power trio’s sound leans more to a harder, blues-based edge, and their 45 minutes on the stage just didn’t have the passion found in Escovedo’s set. Things really ebbed out when they invited a local harmonica-playing friend named Tim to join them. Their jam got caught in the middle of some equipment problems, and went on way too long. My son nailed this one saying, “Jamming like that is a lot more fun for the players than it is the listeners!” A high-spirited closing take on the classic “I’m a Man” was a bit of salvation to the generally uninspiring set.  I would have preferred to hear the brotherly harmonies that their screaming guitars tended to drown out. 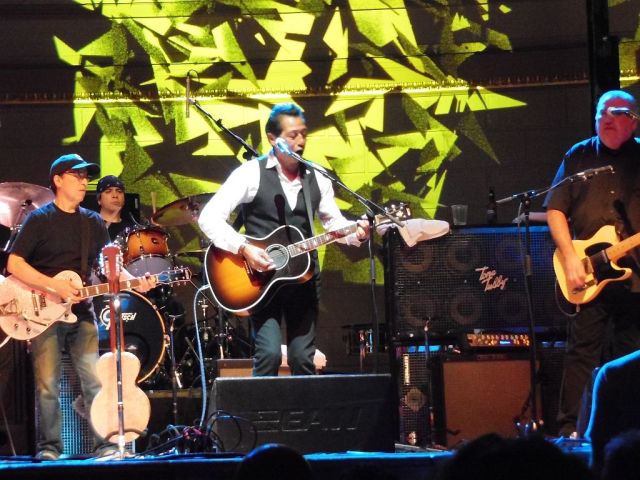 Thankfully Los Lobos really know how to entertain, and they sent us home on a high note. The “Band from East L.A.” played a nice mix of poignant Americana-flavored rockers, Mexican dance numbers and two Ritchie Valens covers from their moment in the spotlight, 1987’s La Bamba bio-pic. Wanting everyone to share in the fun, they invited the crowd down front to dance during their first Mexican Cumbia. Many did just so and remained dancing or standing there for most of the evening. Their set also featured Escovedo’s return for “Rebel Kind” from his True Believers days. Later, local boy Raul Malo from The Mavericks made a guest appearance lending his beautiful voice to a tender ballad sung in Spanish. I left somewhat surprised that Los Lonely Boys didn’t make a return appearance with The Wolves, possibly for a take on their radio hit “Heaven.”

This marked another great show at the War Memorial which is proving to be a first class Music City venue. Hopefully, there will be more value-filled package tours like this one and better turnouts. Sadly tonight, the house looked to be only about half-filled.